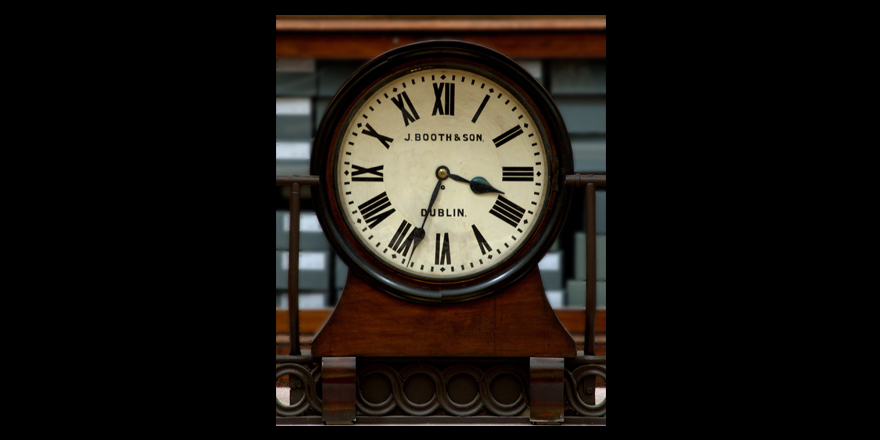 'A scholarly space in the heart of the city'

As long ago as 2000 James Gleick took note of a cultural shift toward acceleration manifest in such phenomena as a reduction in sleeping time, 'millisecond sensitivity that breeds further dependence on technology,' and modification of telephone operator scripts to eliminate courteous phrasing as a time-saving measure.[i]  Similarly in his well-known book 24/7 Jonathan Crary writes about the accelerated pace of daily life and the elaboration of work into multiple spheres from which it used to maintain separation.[ii]  Judy Wajcman has observed that 'People’s subjective sense of time pressure has become urgent,' while Melissa Gregg has analysed the ways in which 'consciousness of the always-present potential for engaging with work is a new form of affective labor that must be constantly regulated.'[iii]  The strong consensus is that we are called upon more and more to be frantic multi-taskers while 'the elaboration, the modelling of one’s personal and social identity, has been reorganized to conform to the uninterrupted operation of markets, information networks, and other systems.'[iv]

Academics are hardly immune from these developments despite popular culture’s predilection for depicting us as culturally removed solitary thinkers who sustain a sole and uninterrupted focus on our research while dwelling on a remote higher plane. Indeed, contemporary university environments are more and more marked by heightened administrative burdens in baroquely technocratic regimes characterized by high levels of interruptedness. While it has always been true that the job of a university faculty member entails smooth coordination of research, teaching and administrative responsibilities, the calibration of these elements seems trickier of late and certainly digital culture contributes to a pervasive sensibility that there is more to keep up with. Like many academics, I find my work being emphatically globalized; with colleagues and contacts in North America, Asia and elsewhere there is no phase of the day or night when email isn’t coming in from somewhere. Libraries such as the Royal Irish Academy’s Reading Room offer a salutary refuge in such an era.  Facilitating lengthy periods of concentration, they are refuges for mono-tasking.

I want to venture a few comments about the particular usefulness of the RIA library to scholars as it is a space I have been making regular use of and deriving significant benefits from.  To come into the library lately is to experience the vivid contrast between the tumult of the Dawson Street LUAS works and the wondrous quiet of the RIA. As a site for focused concentration the Reading Room is unrivalled; this is a place where whispering librarians and patrons are mindful of each other’s engrossment.

Maybe I am showing my age here, but I want a library to look, sound and even smell like a library.  The primary colors, open-plan design and technologized operating systems that have taken over many libraries are out of sync with those expectations.  At the RIA there is a pervasive and pleasing 'book smell,' the building absorbs sound and wood, glass and paper predominate over metal and plastic. In this space the disruptive innovations that reduce contact between human beings while ratcheting up administrative confusion don’t set a tone of frustration and bewilderment. Questions to librarians are straightforwardly and directly dealt with.

For all these reasons, I’ve come to place a high premium on the RIA as a scholarly space in the heart of the city, a site where a more traditional set of protocols still governs interactions between library users and staff and where the work of reading, note-taking and writing can proceed in a deliberate, productive and unhurried way.  In short, the Reading Room provides the kind of contemplative ethos and experience I crave more and more on days dominated by administrative problem-solving work set to the tune of the pings of each new addition in the inbox.

Diane Negra, MRIA,  is Professor of Film Studies and Screen Culture and Head of Film Studies at University College Dublin. The Co-Editor-in-Chief of Television and New Media, she is the author, editor or co-editor of ten books including the forthcoming The Aesthetics and affects of cuteness (Routledge, 2016).