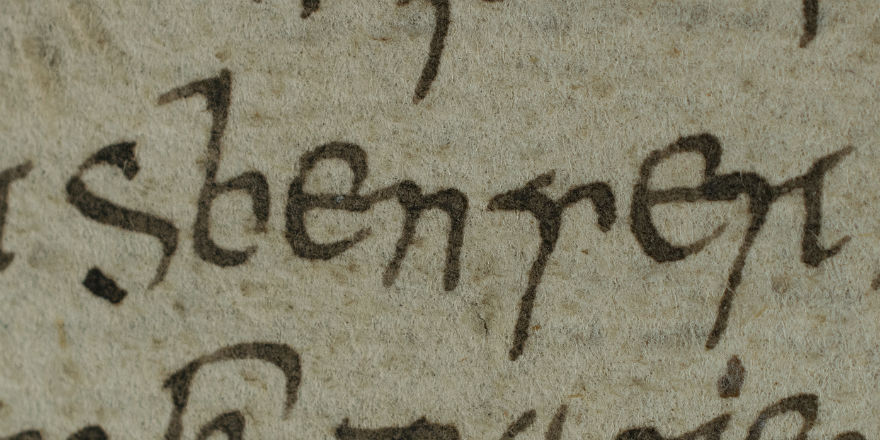 Edmund Spenser (c. 1552-1599) was a renowned poet in the late Tudor era. He combined his literary activities with a government career in Ireland. Spenser probably arrived in Ireland in the late 1570s. Spenser was among those Tudor administrators who advocated the reform of Ireland. His View of the present state of Ireland was written c. 1596. It circulated widely in manuscript before being printed for the first time in 1633. It continues to be consulted for the insights it provides into the political attitudes of New English settlers in early modern Ireland.

A less-studied dimension of Edmund Spenser’s Ireland is the Gaelic literary culture that was prevalent in his day. Much of the work of the Gaelic learned class from this era – poets, historians, lawyers and others – is still preserved in Irish-language manuscripts. This small exhibition draws attention to some of the literary and scribal activity of sixteenth- and early seventeenth-century Irish poets, historians and other members of the professional learned class.

This exhibition originally took place in the Summer of 2015 at the Royal Irish Academy and was organised in conjunction with the Fifth International Spenser Society Conference held in Dublin in June 2015.

Read more about our past and current exhibitions here