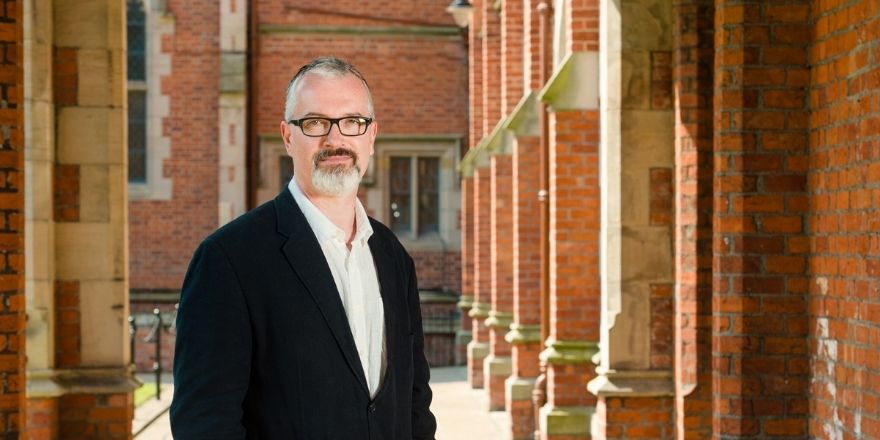 Professor English’s current research focuses on terrorism, counter-terrorism and the mutually shaping relationship between them.

The time for policy-makers and politicians to think most effectively about terrorism is when the problem is comparatively non-headline-grabbing. It is very hard, for obvious reasons, to act most calmly when emotions flow immediately after an atrocity, or amid a seeming crisis of high-level threat.

What can academic research suggest in terms of how policy-makers, politicians and indeed wider society should think about terrorism and how to respond to it? I would argue that there are four major points to consider.

First, terrorism represents a largely ineffective way of achieving strategic goals. In that sense, the sound of the bomb does not bring with it the likely defeat of our society, or likely victory for the bomber. My book Does terrorism work? A history, published with Oxford University Press, considers this question in relation to the experience of many groups throughout history, most of them coming nowhere near achieving their main goals. This should make citizens calmer about the extent of the threat that is embodied in a terrorist attack or even a wave of such assaults. It should also allow governments to avoid the disastrous over-reaction that—from 1970s Northern Ireland to the post-9/11 ‘War on terror’ and beyond—has done so much to worsen the terrorist threat that was supposed to be defeated.

Second, popular and even individual action can make a difference. There are many historical instances of individuals doing tactical damage to terrorist movements (through some people’s sharp-eyed interventions when danger was posed, to others’ magnanimous responses to terrorism in ways that undermined the organisations that had carried out the atrocity in the first place). But popular action can also have more significant effects even than this. Central here is the determination to proceed with normal life amid the seeming threat from terrorist attack. The statistical unlikelihood of being a victim of terrorism is, of course, no comfort to those who have suffered from its merciless violence. Nevertheless, the reality remains that, in the vast majority of settings, terrorism represents a statistically trivial threat to most of us, and our continued normalisation of daily life will help to make it an even less effective and attractive tactic for those pursuing political change.

Third, the organised media have a vital role to play in relation to how societies experience and deal with terrorism. They have a duty to present it in proper perspective rather than sensationalising or exaggerating its threat. Some, like the distinguished British journalist Simon Jenkins, have been exemplary here; more have fallen for the ersatz glamour of terrorist stories and have exaggerated terrorist events’ significance. Journalists have a responsibility to explain why an attack has actually happened (and to challenge some of the more crass, yet frequently repeated, arguments about terrorism being purely criminal or psychopathic or non-political). They also have a duty to remember what is truly significant in past events. Those who flew from Europe to join ISIS made many noisy headlines; the experience of those who subsequently returned from Syria or Iraq, utterly disillusioned after their experience, represents a far more important story, but it remains one less often given high profile.

Fourth, we need to think about long pasts and futures when we face the next contemporary explosion. The early-twenty-first-century ISIS crisis should always have been reported and discussed in terms of the mutually shaping relationship between terrorism and counter-terrorism after 9/11, a relationship that created the context for the rise of that blood-stained movement. More commonly, ISIS was presented without honest attention to the ill-judged Western actions that, in part, had helped bring it into being. This is not to blame the West for anti-Western terrorism. Rather, it is to point out that we cannot respond to a threat unless we honestly understand its origins.

Likewise, current actions will carry complex legacies into the future. This includes foreign policy (the approach of Western states, for example, towards various Middle Eastern regimes and to the power relationships in that region). There are no easy answers here, of course. But how the USA, UK and European Union states engage with (say) Saudi Arabia, as opposed to Qatar, will have consequences in terms of terrorism. We still have not paid the full costs, in terms of blowback, from the post-9/11 ‘War on terror’ and its aftermath. Let’s be honest and anticipatory as we engage with foreign policy, in terms of the relationship cycles that are likely to be generated.

These points do not offer easy answers to the terrorist problem. Books like my own Terrorism: how to respond, also with OUP, are written with a recognition that academic reflection occurs in easier contexts than that of the political decision-making response. Responses informed by these research-based points, however, would help to make terrorism less of a threat. Terrorists will almost certainly not achieve their central goals through violence, and we should therefore not over-react. What individuals and citizens do and decide can affect levels of terrorist violence. Despite the dispersal of media into new forms, organised media do still have a major effect on terrorist outcomes and on the attractiveness of terrorist organisations and their actions. The current bomb owes much to complex pasts, just as our current politics and policies and economic relationships lay the foundations for various futures, benign and/or malign.