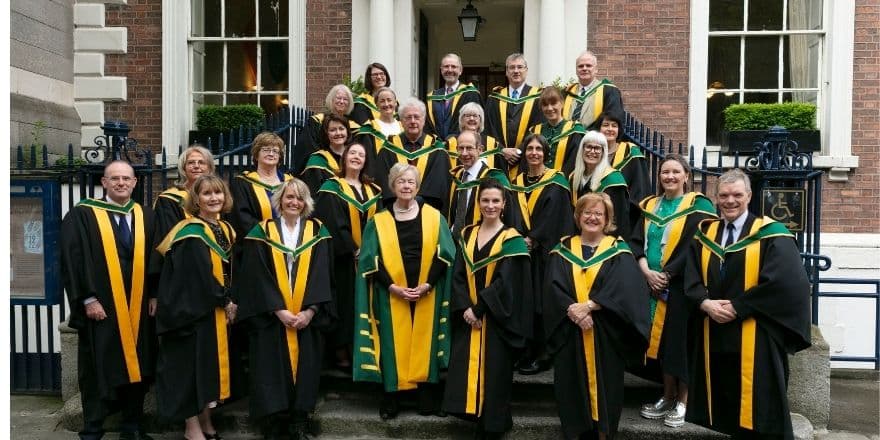 For 235 years new members of the Royal Irish Academy were admitted with a handshake.

This year was different. Today (22 May) at 4p.m., Dr Mary Canning, president of the Academy, admitted 29 new members in a video call. While there were no handshakes there was much smiling for a group of exceptional individuals who are internationally renowned in their respective fields. They include:

Welcoming the newly admitted members, Dr Canning said ‘Ireland should be immensely proud of these women and men who have brought international acclaim to our country. As members of the Royal Irish Academy they will strengthen our capacity to provide the expert advice Ireland needs at this time’. She thanked the many Academy members who had put their expertise at the service of the people of Ireland during the current Covid-19 crisis and announced that ‘an Academy steering group has been established to develop and coordinate the activities of the various Academy committees and members and to maximise the Academy’s convening power across all humanities, social sciences and science disciplines throughout the island of Ireland.’

In her address she called for the establishment of a multi-disciplinary group of independent scientific advisers under the aegis of the Department of the Taoiseach, to advise government on the formidable scientific challenges facing Ireland, such as Covid-19 and climate change, as Ireland’s office of the Chief Scientific Adviser currently lacks the staff or budget to do the complex job that is now urgently required.

The Irish Government Economic and Evaluation Service (IGEES) was established after the economic crash, to provide ‘integrated cross-government advice’. ‘An equivalent science advisory service is now required for good government’, Dr Canning said and urged political parties engaged in coalition talks to prioritise the establishment of this in any programme for government.

Dr Canning looks forward to the day when she can physically welcome the new members to Academy House.  The 29 members admitted to the Royal Irish Academy today are: