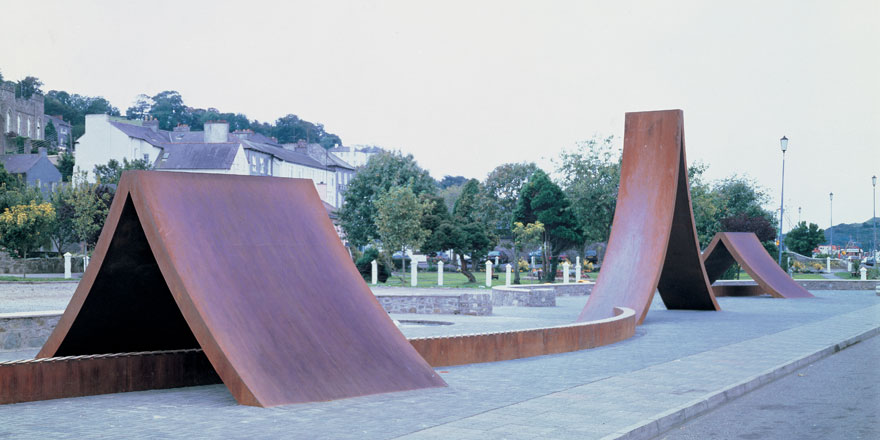 This week’s artwork is Eilis O Connell’s sculpture The Great Wall of Kinsale featured in Vol III Sculpture of Art and Architecture of Ireland, edited by Paula Murphy.

Born in Derry, Eilís O’Connell studied sculpture at the Crawford College of Art from 1970 to 1974. In 1975 she moved to Boston for a year, undertaking post-graduate studies at the Massachusetts College of Art. Read more here.

‘In the late 1980s, ACI and Kinsale Urban District Council commissioned O’Connell to produce an outdoor public sculpture for the fishing town of Kinsale. The result, The Great Wall of Kinsale, 1988, constructed of cor-ten steel and teak was at the time the largest public sculpture in Ireland and Britain’.

Read the entry on Eilis O’Connell in Vol III: Sculpture Art and Architecture of Ireland.

Catch up on the full Modern Ireland in 100 Artworks series here and let us know what you think on twitter @RIADawson and facebook.