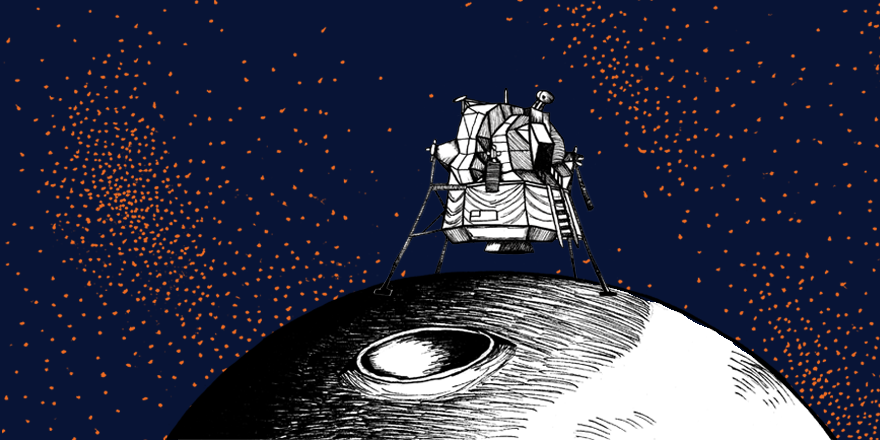 Hamilton Did It, Luas Campaign

The Royal Irish Academy has collaborated with students from TU Dublin and TII/Luas on a Hamilton promotional campaign.

On 16 October 1843 Irish mathematician William Rowan Hamilton and his wife Helen were walking along the banks of the Royal Canal to a meeting at the Royal Irish Academy where he was President. At Broom Bridge, William had a eureka moment and came up with a new algebra which he called quaternions.  Hamilton’s quaternions have since been used for many things including computer animation and computer games, CGI in movies and space navigation.

Earlier this year the Royal Irish Academy and the School of Creative Arts, TU Dublin ran a competition with students to commemorate Hamilton’s discovery. They were asked to design a poster which could be used in a Luas campaign. The response from the students was very positive and the standard very high.  Jake Skelly came up with the tagline “Hamilton Did It”  which really resonated with the Academy as a way of capturing the imagination of people and drawing their attention to the work of Hamilton.  Taking inspiration from the use of Hamilton's quaternions to successfully put the first man on the moon in 1969, Lily Gaertner illustrated and designed the poster with the Apollo 11 landing craft and the moon. This campaign will run at Luas stops across Dublin during both #MathsWeek and #ScienceWeek 2019. On Hamilton Day 2019 an art installation commemorating Hamilton's Eureka moment will be launched at Broombridge Luas stop. 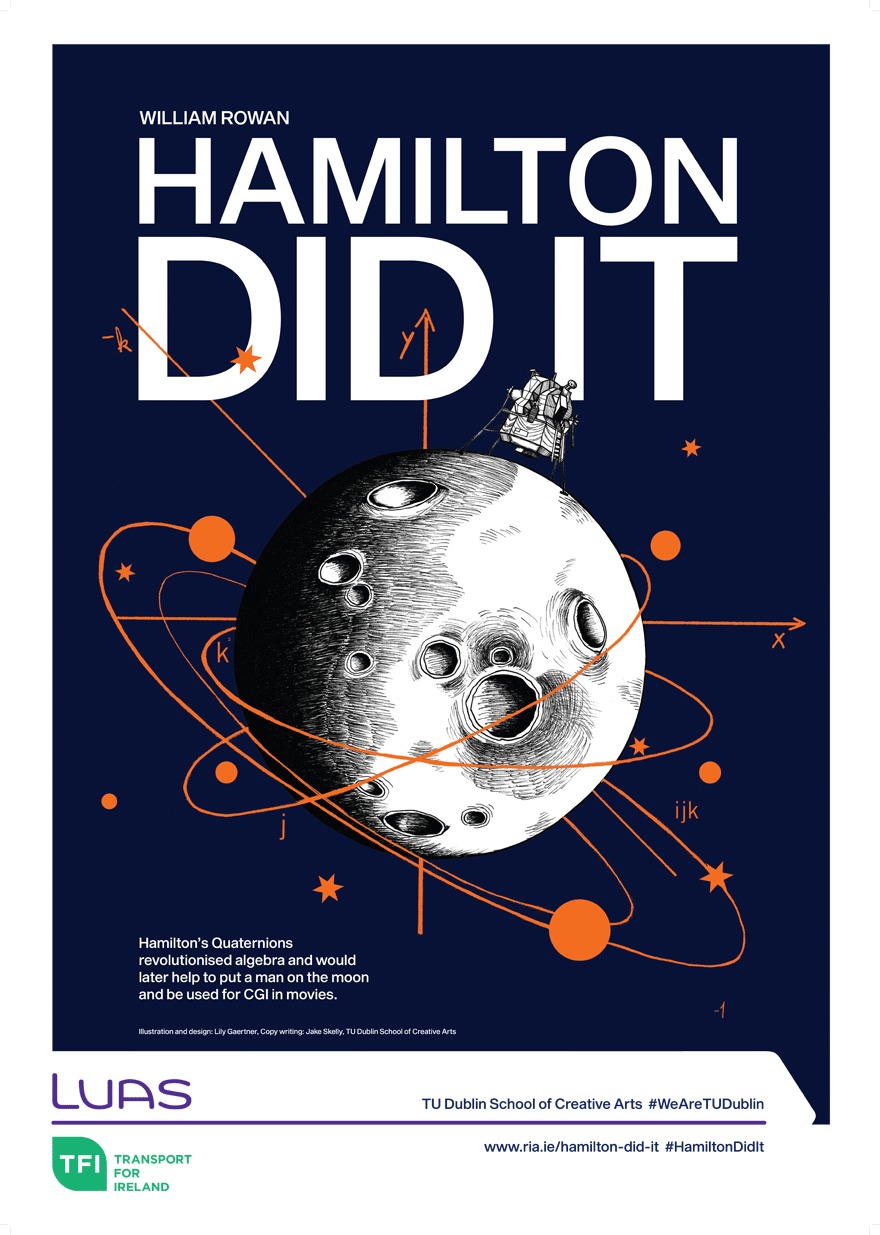