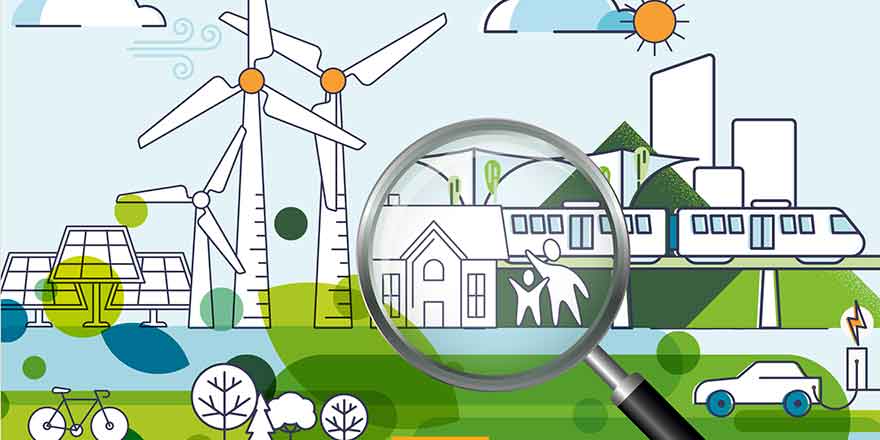 SAPEA report: A Systemic Approach to the Energy Transition in Europe

There are many possible pathways towards a carbon-neutral future -- and achieving it by 2050 is possible but requires urgent action. This is the conclusion of a group of top scientists tasked by the European Commission with advising on how to facilitate the energy transition in Europe.

The European Commission’s Scientific Advice Mechanism has published two major documents on a systemic approach to the energy transition in Europe:

In these documents, the experts underline that the energy transition is far from a purely technical challenge. To make the transition a reality, we need to solve a huge systemic problem, coordinating countless individual voluntary decisions on investment, consumption and behaviour across Europe.

This means transforming the entire European energy system — a change which will affect every part of our society and require huge investment during the transition. It must be done in a socially equitable way. And we already need to accelerate progress if we want to achieve the EU’s target of net zero emissions by 2050.

“The SAPEA report does not recommend an unequivocal policy package for Europe, but rather a set of policy options addressing various important facets of the overall challenge of the energy transition to reach carbon neutrality. However, as a central conclusion, any successful policy must involve a carbon pricing mechanism, in both the EU Emissions Trading System and Effort Sharing Regulation sectors, that delivers a sufficiently high carbon price while putting the pricing in a socially just frame.”

“Achieving the full decarbonisation of the EU energy system by mid-century is possible, but it requires urgent and decisive action to integrate emissions-free energy sources and uses in a flexible way, creating a participatory environment that supports clean energy choices, and using the right combination of regulatory instruments are necessary steps to make this transition efficient, inclusive and fair.”

Professor Antonio Loprieno, the chair of the SAPEA Board, added:

“The transition of the energy system to tackle climate change is a key challenge and priority for the European Union, and its implications will impact on all parts of our societies, including a range of technical, economic, and social aspects. It is particularly important, that policymakers are well informed by science while making decisions on such complex issues. This report takes a multidisciplinary and systemic approach and provides evidence-based observations for achieving the EU’s emission targets by 2050 from an energy system transition perspective, thus brings the best and newest scientific knowledge into policymaking.”

SAPEA (Science Advice for Policy by European Academies) brings together outstanding expertise from natural, applied, and social sciences and humanities, from over a hundred academies, young academies and learned societies in more than 40 countries across Europe. SAPEA is part of the European Commission’s Scientific Advice Mechanism. Together with the Group of Chief Scientific Advisors, SAPEA provides independent scientific advice to European Commissioners to support their decision-making. SAPEA is funded by grant 737432 from the European Union’s Horizon 2020 programme.

The Group of Chief Scientific Advisors was established on 16 October 2015 to support the Commission with high quality, timely and independent scientific advice for its policy-making activities. The Scientific Advisors are seven independent eminent scientists, appointed in their personal capacity. The Group draws on a wide range of scientific expertise, among others through a close relationship with European and national academies (through the SAPEA project, funded through Horizon 2020, the EU’s research and innovation programme). Through their scientific advice, the Scientific Advisors contribute to the quality of EU legislation and complement the existing science advisory structures of the Commission, which include the Joint Research Centre and the European Agencies as well as specialised expert groups.

SAPEA report: A Systemic Approach to the Energy Transition in Europe