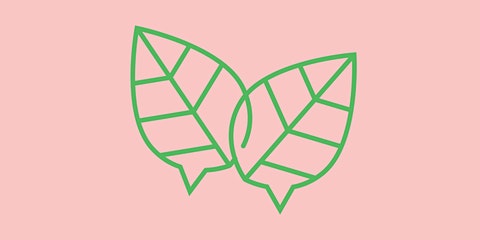 In the fifth in this series of Climate Conversations, Dr Florence Renou-Wilson discussed the role Irish peatlands can play in climate mitigation.

Peatlands have played an important role in climate regulation over the past 10,000 years. Natural intact peatlands in Ireland are currently a small carbon sink, absorbing CO2 while emitting CH4, but represent less than 20% of the current national resource. Anthropogenic disturbances, mainly in the form of drainage for agriculture and forestry and peat extraction, result in increased CO2 and N2O emissions and reduced CH4 emissions. There are two options for mitigating GHG emissions from peatlands: avoiding new or recurrent drainage and reducing emissions on the existing drained areas by managing the water table or ‘rewetting’.

Several EPA projects have now been carried out investigating the effects of current uses of bogs on gaseous and fluvial emissions, carbon and nutrient stocks and biodiversity and demonstrating the adequacy and urgency of climate policy instruments involving the management peat soils. The most recent study found that Irish bogs store even more carbon than previously estimated and thus are likely to play an even more important role in climate mitigation.

In the fifth in this series of Climate Conversations, Dr Florence Renou-Wilson gave brief presentation on this topic on 28 May which can be viewed above. The presentation was followed by a Q&A session chaired by Climate Change and Environmental Sciences Committee member, Professor Pat Brereton.

Q1. How important is previous forms of land use in determining the effectiveness of rewetting for reducing carbon emissions?
Rewetting of nutrient rich grasslands on peat has the largest impact on reducing CO2 emissions. There are differences between cutover and cutaway bogs. Cutaway bogs have less peat remaining. when you rewet these, you will first reduce CO2 emissions, but  the resumption of carbon sequestration is not pre-ordained and rewetted have been quite unpredictable depending on various factors and this is valid for other LUC: rewetting forested peat soils is going to take longer for example. Some cutover bogs have mainly been extracted from the margins and the central areas are less disturbed. Cutover bogs which store far more carbon than cutaway can be rewetted to keep this carbon locked but also the vegetation can be pushed in a trajectory which can return their sequestration functions and other benefits.

Q2. How are carbon loses from peatlands measured and what should be the advice given to land users on how to rehabilitate their bogs effectively?
Detailed measurements of carbon loss can be made using chambers which help understand the factors such as vegetation which are impacting on the emissions and removals or using Eddy covariance towers measuring the fluxes of carbon from the entire bog or field, but a more useful proxy for land users is to monitor the level of the water table. Instructions and advice for the farmers should be based on water table measurements which are very easy to do.

Q4. Are restored bogs and wetlands an attraction for tourists?
Yes, there is plenty of evidence that visitor centres are an important educational resource, reengaging visitors with the natural environment.

Q5. Are the challenges in achieving renovation of peatlands influenced by the area of land held by individual land owners?
The dispersed ownership of relatively small land areas is definitely a challenge. We really need a catchment approach in managing the process of rewetting. To some extent the process of rewetting will vary from one location to the other. There is not a ‘one size fits all’ solution to the problem.

Q6.  How will rewetting affect the future traditional cutting of cutover bogs and the activities of bog cutters?
Some financial support may be needed to persuade land users to transition away from cutting peat. The reduced use of peat for heating will have the co-benefit of reducing air pollution. Harvesting of peat moss may become an option and there may be a future for paludiculture (wetland agriculture) or the harvesting of reeds for thatching.

Q7. Is it possible to monetise the carbon sink activity of bogs?
This may be possible but at present it is difficult to see how sink activity can be validated. Carbon scheme validating CO2 reductions already exist, for example, Carbon Code in the UK and MoorFutures in Germany and need to be developed in Ireland. It is possible that new CAP schemes could monetise carbon reduction/removals in peatlands. Other environmental benefits including improved water quality could also be monetised. There are clearly, potential multiple wins from rewetting peatlands.

About the Climate Conversations Series

This lunchtime webinar series organised by the RIA Climate Change and Environmental Sciences Committee in collaboration with the EPA provides policymakers and key stakeholders an opportunity to engage with recently published research on climate change in Ireland, addressing the causes and consequences of climate change as well as availing of the opportunities that arise from the social and economic transition and transformation that is required.