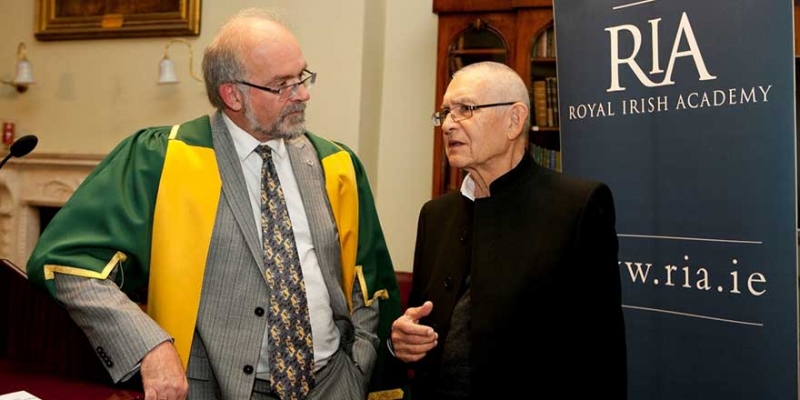 An error-correcting code C over a given finite alphabet A is simply a set of words of some fixed length n of which one can think as ‘meaningful’ ones, such as Morse code for letters.

When such a code is used in practice, some input data are translated into a sequence of code words that are then transmitted through a channel with random noise.

There arises a problem: at the output end the initial words must be reconstructed from corrupted words. ‘Good codes’ are those that maximize simultaneously the probability of correct reconstruction and the relative quantity of meaningful words.

In 1981 the author defined and proved the existence of the so called ‘asymptotic bound’: a continuous curve that in a sense determines the boundary for possible good codes. But not a single value of this function is known, and in 2011 the author even conjectured that it might be uncomputable.

In this talk, he sketched all the relevant techniques and a proved the recent result (2012, joint with M. Marcolli) showing that a natural partition function involving Kolmogorov complexity allows us to interpret the asymptotic bound as a curve dividing two different thermodynamic phases of codes.